Here every single kitchen block was cast by hand in one piece of concrete. Details such as sinks, openings for electrical appliances and fixtures, and alcoves for cooking utensils were planned in advance and taken into account in specially manufactured casting molds. The clear lines of the cast concrete elements are continued in the simple counter made of solid fir and the integrated niches made of  matt-finished black lacquer. 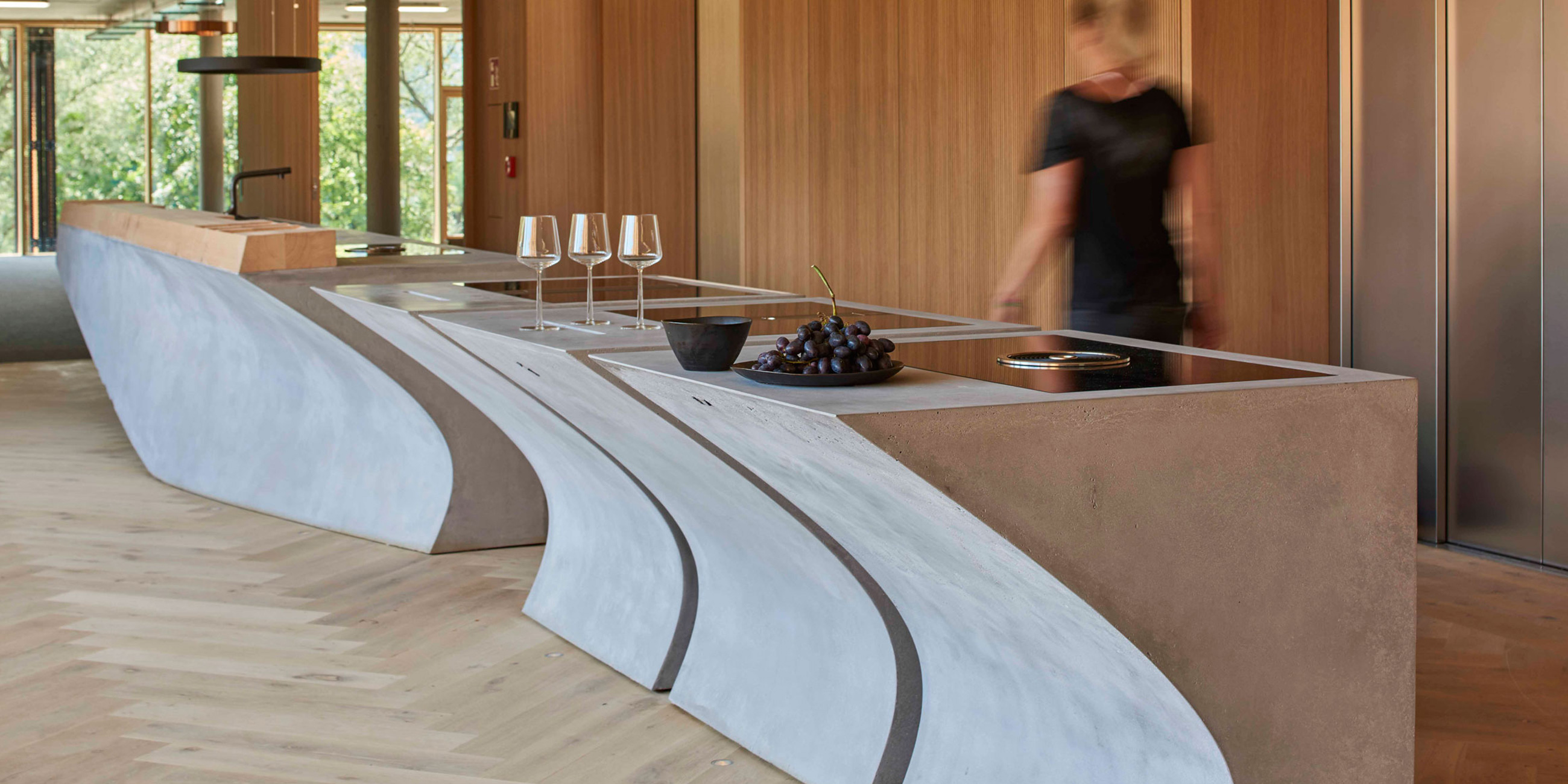 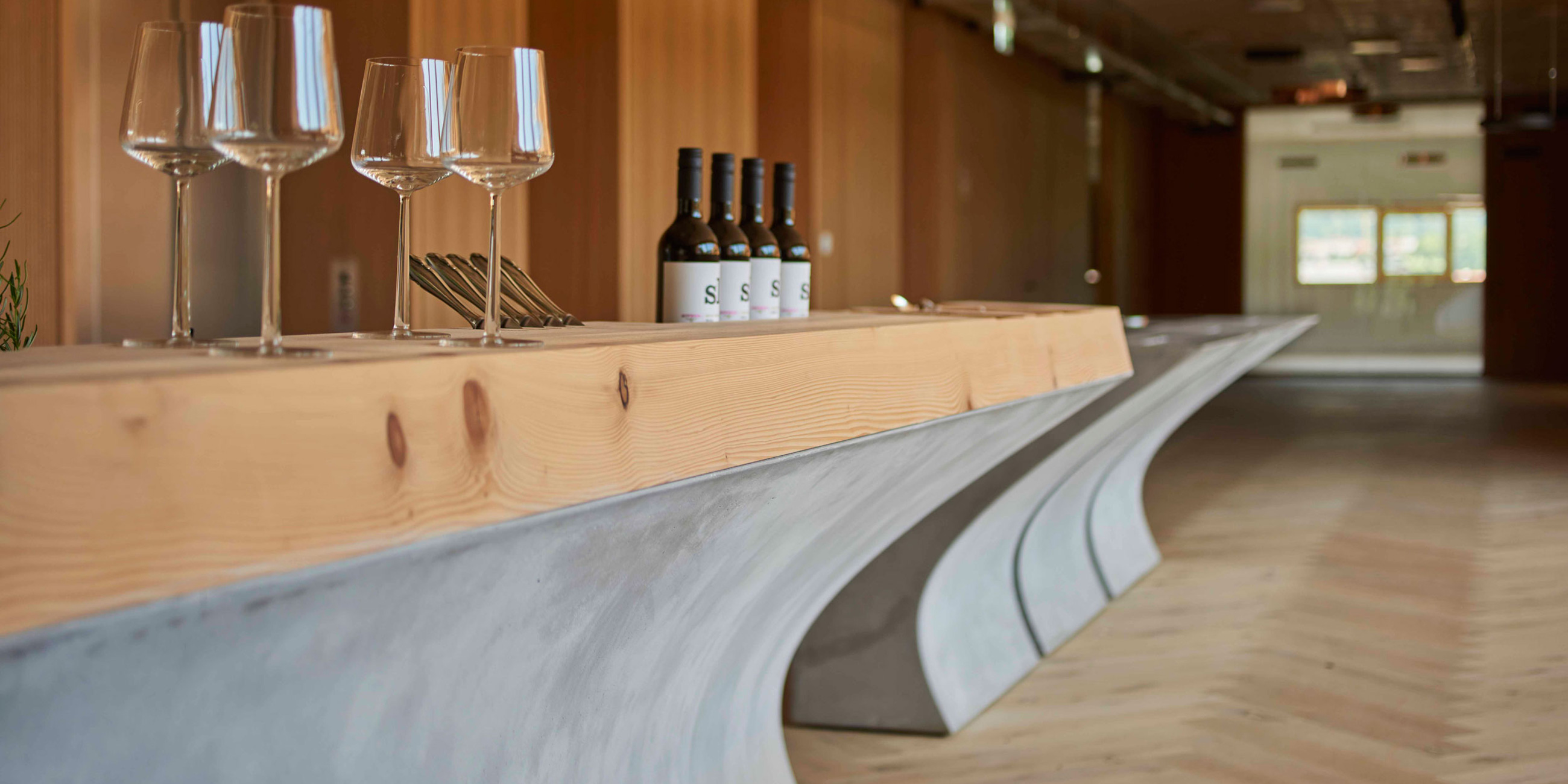 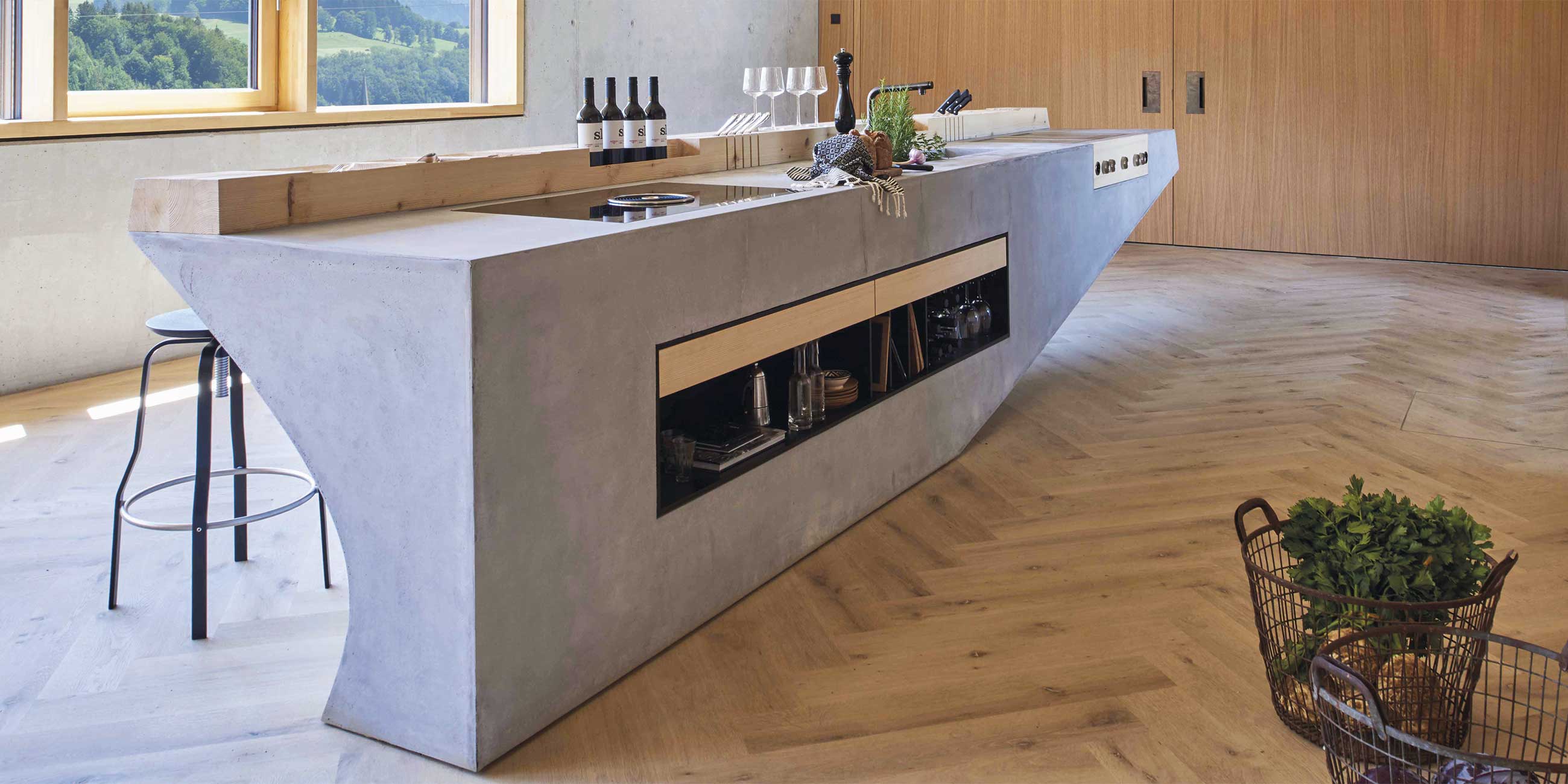 Feel free to contact us, we look forward to hearing from you!
A Striking Mix of Material
go back
The Black Kitchen